On the 16th of February 2018, the Parliamentary Secretary Hon. Silvio Schembri unveiled a framework for the regulation of distributed ledger technology (DLT), which framework shall take the form of three bills covering fundamental aspects of the underpinning legislation that shall be regulating the sector for years to come.

The blockchain technology, which is the most prominent form of DLT to date, has taken the world by storm and promises positive disruption in many industries on a global level.

In essence, a blockchain is a network of nodes responsible for the maintenance and updating of a ledger of transactions, which transactions comprise the transfer of data rather than just financial transactions.

Due to the oversight and participation of the network, any input to the ledger is scrutinized and approved by a special group of network participants called miners, and inputs to the ledger are immutable and permanent.

The term “blockchain” is derived from the fact that the transactions are collected into and confirmed in blocks, with each and every block of transactions linked, or chained, one to the other.

On paper, this technology is fascinating; in practice, it is groundbreaking, and its applications are endless.

One such application is that of smart contracts, which are snippets of code that are self-executable upon the trigger of pre-determined events, and stored on the blockchain ledger.

Several jurisdictions have been, to a greater or lesser extent, working towards embracing DLT and participants therein.

ICOs, in fact, have been used to collect funds amounting to more than two billion U.S. Dollars in 2017 alone.

To date, the most active jurisdictions especially vis-à-vis ICOs have been Singapore, Switzerland, and Estonia.

None of these jurisdictions, however, possess a holistic regulatory framework covering ICOs and other applications or uses of DLT, which is where Malta enters the scene.

If you would like to know more about what is blockchain, there is an excellent article by Pixel Privacy - you can read more here.

(i) the MDIA Bill shall cover the establishment of a regulatory authority, called the Malta Digital Innovation Authority (MDIA), dedicated towards the supervision and certification of DLT platforms and smart contracts, which are referred to as technology arrangements under the relevant proposed bill;

(iii) the VC Bill which shall lay out a financial instruments test for all ICOs conducted in or from Malta, which test shall determine whether an ICO falls under existing Maltese and/or EU regulation, or whether it classifies as a financial instrument outside the scope of existing regulation but caught under the proposed VC Act, or whether it would entirely fall outside the scope of any applicable regulation.

This three-pronged approach would place Malta in a very favourable position when compared to its peers, mostly due to the creation of the MDIA, which would be the first regulatory authority of its kind in the world.

The MDIA would serve as a seal of quality for any DLT-based platforms or applications, separating the wheat from the chaff.

The voluntary nature of any applications by those constructing DLT-based platforms ensures that any development taking place in Malta is not stifled, and only those who wish to obtain regulatory approval would be invited to tender their applications and submit themselves to regulatory and technical scrutiny.

System auditors need not be based in Malta, meaning that the doors are open for anyone with a legitimate interest in aiding the regulatory framework covering DLT-based projects.

The process proposed by the MFSA in the VC Bill gives further security to investors and platform developers & issuers alike vis-à-vis the ICO offering at hand.

The financial instruments test would ensure that any cryptographic token issued during the ICO would either be within the confines of existing regulation or not.

This, in particular, is the cause of frustration for most entities seeking a jurisdiction within which to launch and run an ICO due to the regulatory uncertainty, which uncertainty leads to an unstable environment for business.

The proposed VC Bill would therefore eliminate such uncertainty.

Overall, the feedback received by local stakeholders and industries is positive.

The same can be said by those who are eyeing Malta as a base for their DLT-based project or venture; in all the international conferences which I have attended as a keynote speaker, both in the EU and outside, the response has been one of eagerness and willingness to do such business in Malta.

This would furthermore attract precious specific talent which is still very scarce within the blockchain industry, such as development and advisory services.

With the regulatory authorities moving ahead with their work, it is now time for other important stakeholders, such as the banks, to pull the same rope and place Malta at the top of what may well be the largest paradigm technological shift of a lifetime. 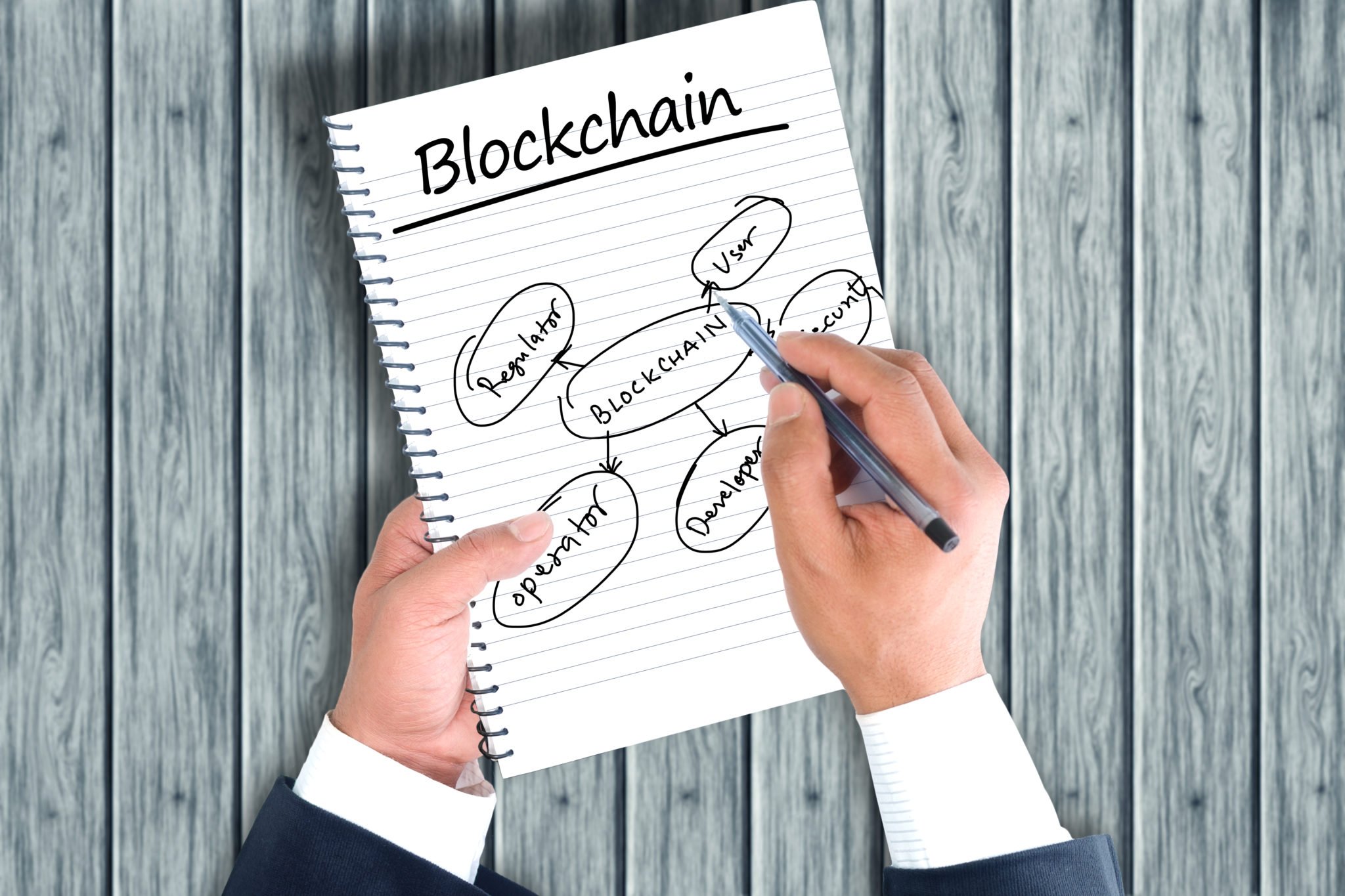 Malta has gone a long way from being a strategic landmark to a strategic location in today’s globalised business community.

When it obtained its independence from Britain in 1964 Malta had to wake up and transform its economy based on military spending by foreign powers in Malta to a peace-time economy.

Manufacturing and tourism where the first industries to emerge, but today the Maltese Islands are levering more on their strategic presence in the centre of the Mediterranean with the concept of being a hub in such sectors like tourism, remote gaming, financial services, transport and telecommunications.

In the early 1990s, Malta has moved from being an offshore to an onshore jurisdiction.

It has completed a programme of reforming all its finance sector legislation in line with international best practice and was one of the first six countries in the world to reach an advanced accord on fiscal matters with the Organisation for Economic Co-operation and Development (OECD).

As a result of this agreement Malta is NOT considered as a tax haven.
It is actively involved with the OECD, the EU and the Commonwealth in modeling global regulatory policy.
Malta’s finance industry has benefited significantly from the country’s national policy of moving to the mainstream.
Financial services is the fastest growing sector of the Maltese economy and one of the most important employers of trained professional staff, who are multilingual, with English and Maltese being the primary languages but with German, Italian and Spanish also being widely spoken.
Malta has been assessed and promoted as a quality financial centre based on a number of factors.
These indicate the attractiveness, competitiveness, reliability and consistency when doing business in Malta.
Malta has become a full EU member on 1 May 2004 and has adopted the Euro currency as from 1 January 2008.

With attributes based on legislation, cost, tax and human resources effectiveness it provides an EU-compliant, yet flexible domicile.

During the past four decades, Malta has notched up an impressive record in attracting foreign investors as it can offer exceptional advantages in various sectors which include Financial Services, ICT, Electronics, Knowledge Centre/Back Office Services, Generic Pharmaceuticals, Oil and Gas, Maritime, Training and Education, Business Aviation and the Film Industry.

While all Maltese companies are taxable at the rate of 35% at corporate level, the operation of a full imputation system of tax refunds to shareholders provides the possibility of an effective low/nil Maltese tax burden for shareholders receiving distributions of profits from such activities from Maltese companies.

The Maltese workforce is a highly educated, motivated, flexible and multilingual.

The link between education and industry is vital for the country’s competitiveness.

The strength in the local education system and ongoing training in all sectors is a competitive element for choosing Malta as an investment destination.

Malta boasts a high level of business services professionals in all areas including accountancy, law, management, finance, ICT and medicine.

The University of Malta dates back to 1592, being one of the oldest universities in Europe.

Malta provides free of charge education up to secondary level in public schools, while private schools or foundations are on a fee basis.

Tertiary education provided by the University of Malta is free of charge to all regardless if the student has graduated from a private or public school.

This has guaranteed a steady flow of professionals within the accountancy, legal and financial management and consultancy sectors.

The high quality of education leads to high productivity.

Employment costs in Malta, compared to other EU member states, are amongst the most efficient.

In Malta the Employment and Training Corporation (ETC) is an employment assistance provider to companies.

The Maltese Government provides a number of financial and social incentives in order to encourage married women to return to the work-place.

Employment legislation in Malta is modelled on EU directives.

The first six months of employment are a probationary period.

Employers must pay an annual statutory bonus to full time employees whilst part timers are entitled to a pro-rata payment.

Social security contributions are payable according to the salary whilst salary tax is calculated using the Final Settlement System influenced by factors such as marital status and applicable tax bands.

Foreigners require a work permit prior to commencing engagement in Malta.

Applicants from EU member states are issued with the relevant permits whilst all other applications are normally issued in those instances where the experience, qualifications and skills are not readily available locally.